Largest penis in the world

If you really want to feel inadequate, compare the size of your penis to the most well-hung mammal on Earth: the blue whale.

The mighty blue whale swims through the oceans, singing to himself and filtering plankton and krill out of the waters. When mating time comes along, the male blue whale's abdominal muscles contract, pushing the world's largest penis out of a fold in the abdomen. 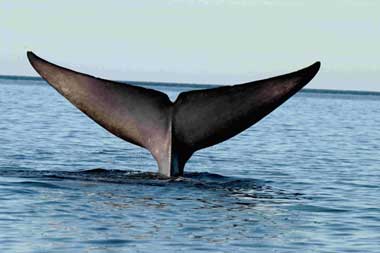 Here are the specs:

Perhaps men hunted whales so relentlessly and so efficiently out of a sense of inferiority?

Now, for the primates:

The largest penis among the primates is found among -- humans. Guys have the largest penises for their size of all other apes and monkeys. The average man is more well-hung than a gorilla - even though the gorilla may weigh twice as much.

So count your blessings. You're bigger than a gorilla. But a penis the size of a blue whale's would become a serious inconvenience pretty quickly.

Bonus trivia fact: the word "dork," used to describe a nerdy or inept person, is actually slang dating from the age of whaling in sailing ships. The "dork" was the term whalers used for the whale's penis.

Learn more about how to get a harder erection and choose the best penis enlargement pills.